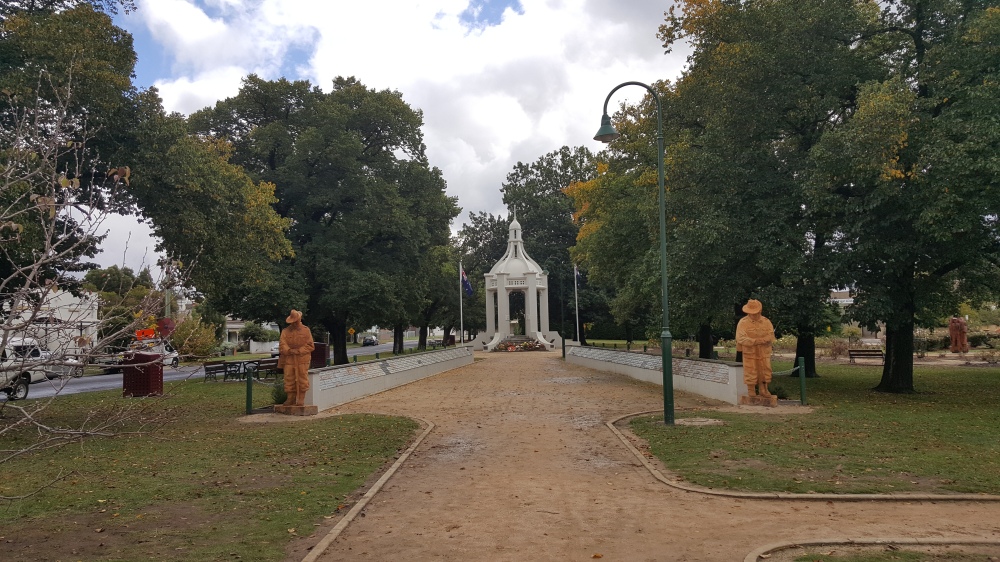 The ladies of the Beaufort Garden Club were thrilled yesterday (Wednesday 19/04/2017) to see the installation of two carved sentry soldiers by the artist Dean Smith Dancing Bear into the Memorial Gardens in the centre of Beaufort. The new sculptures will be unveiled on ANZAC day (Tuesday 25/04/2017). It will be the culmination of 3 years hard work planning and months of carving with chainsaws.

Many drivers heading back to Melbourne from Adelaide also witnessed this important development to Beaufort while stopping for petrol at the last highway town before the city. The landscape of Beaufort is changing and a new freeway is set to bypass the town. This park has long been a favourite leg-stretching spot for tired interstate drivers. Soon travellers will have to make the decision to use the exit ramp and leave the free way to stop here, but what makes one town preferred over another for a break?

The thriving post-highway town has got to have a certain “something”. It’s called good urban design with quality open spaces for public activities, for locals and visitors. That makes a huge contribution to the success of a town and sculpture is one of the key ingredients of a successful public space. Art matters.

PLEASE JOIN US AT THE ANZAC DAY CEREMONY in BEAUFORT

Dean Smith Dancing Bear will be marching in the ANZAC Day parade, starting at the Beaufort RSL at 10:30am 25/04/2017. He will be wearing his grandfather’s medals from WW2 in Borneo and carrying his great grandfather’s drink bottle from WW1 in France. The parade will march to the Memorial Gardens where the sculptures will be officially unveiled at 11am.

It is difficult to put into words the effect that war has on a person, a family, a town; a national identity. That is why we use sculpture. 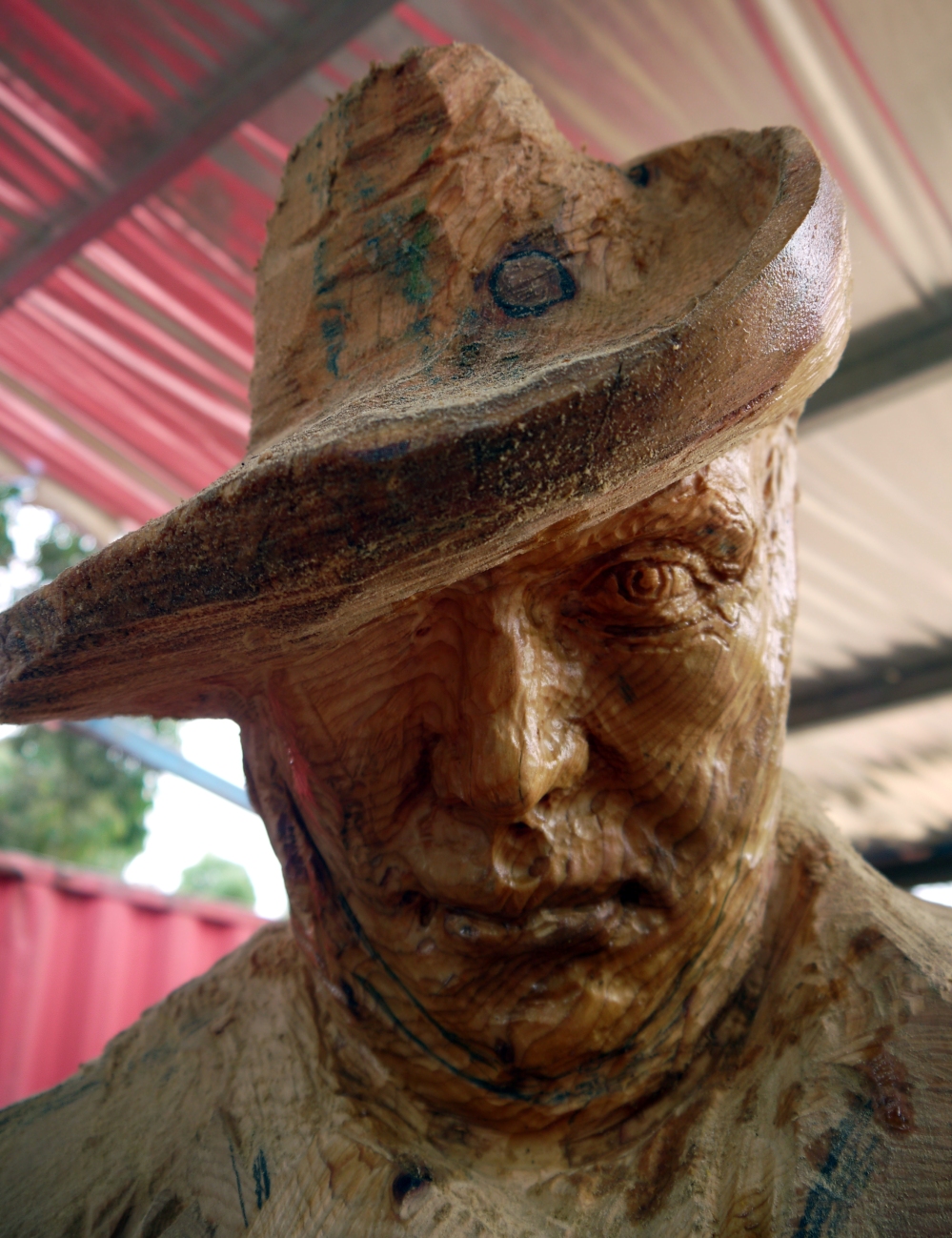 The solemn soldier is named Victor. This sculpture is a portrait of Ronald Victor Smith who was a Warrant Officer 2nd Class in the Australian Army during World War 2. He served in Borneo, then stayed with the army for years after the war ended at St Kilda Rd Barracks. He was famously a hard man. He met his 4 year old son Jeffery William Smith for the first time when he returned from the war. He was a leader; in the community and in the building business and the masonic lodge. He built churches in Yarraville. Dean Smith Dancing Bear is supposed to look and act a lot like his grandfather Ronnie. Dean was 19 when he found out that his grandfather had ended his own life in 1964 after years of nightmares and Post-Traumatic Stress Disorder. The family still lives with the repercussions of this trauma. We find it hard to find out what happened and why – but we can guess; war is terrible.

The larrikin on the right is loosely a portrait of Ronald’s brother William Smith. His name is Bernhardt. William served in the army cadets but was refused enlistment because he had lost his hearing from the backfire of T-model Ford. He was an engineer and an eccentric genius.

THE COURIER – Questioning the Anzac Myth